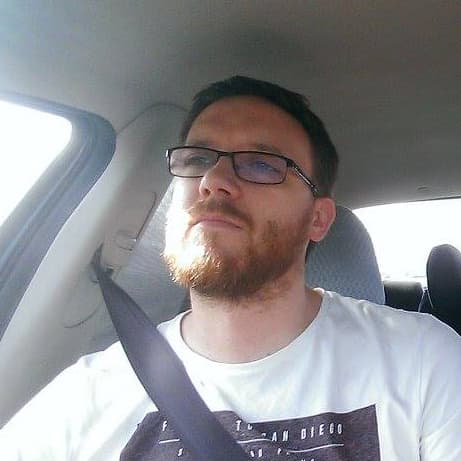 Recently the Elements team needed to make a reasonably large change to the codebase: migrating over 300 files which imported lodash to instead import from lodash-es.

To automate this change we chose to write a codemod for jscodeshift, a tool by Facebook. The power of jscodeshift is that it parses your code into an Abstract Syntax Tree (AST) before transforming it, allowing you to write codemods that are smarter than regular expression based codemods.

jscodeshift is a toolkit for running codemods over multiple JS files. It provides:

A typical change we needed to make looks like this:

In many cases, there was more than one import from Lodash to consider.

When working with the API j, you pass it the file source and it returns a Collection. A Collection is an object containing an array of NodePath objects. The docs describe it as jQuery-like:

jscodeshift is a reference to the wrapper around recast and provides a jQuery-like API to navigate and transform the AST.

The first thing we want to do is find all the import declarations that are sourcing Lodash modules. To better understand how we might do this, it’s helpful to first explore what the AST looks like. The AST for our sample code contains many ImportDeclaration nodes. Each one contains a source string literal with the value, which we will check for Lodash. 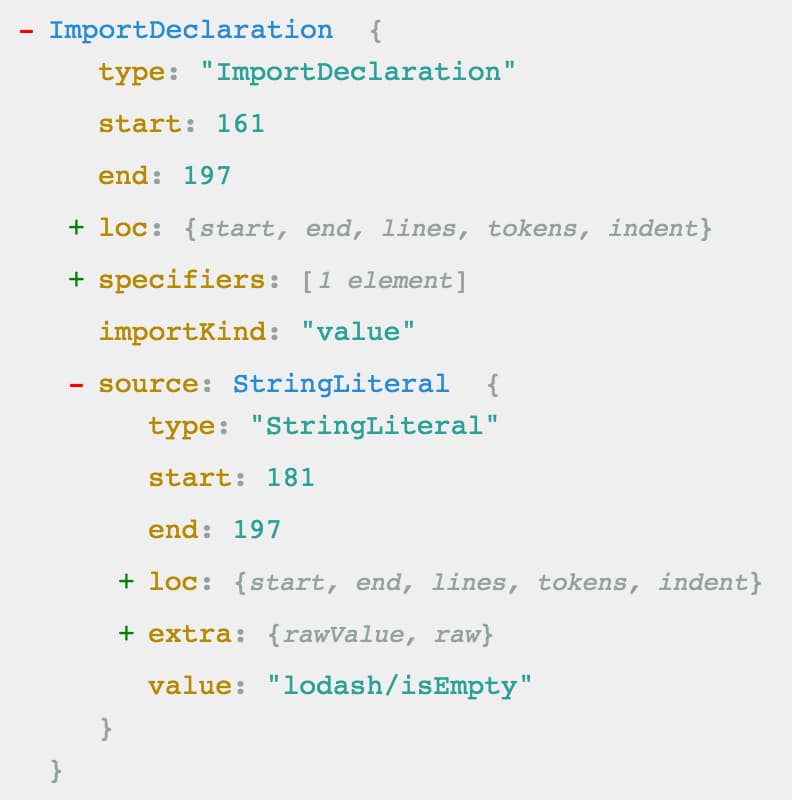 The above screenshot was captured in AST Explorer. Check it out, it’s an excellent online tool for exploring ASTs (Turn on Transform -> jscodeshift).

Now that we have all of the Lodash import declarations, we can start to analyze them. We want to understand what the module name is, so let’s further analyze the source literal.

We also want to understand if the import declaration’s specifier is the same as the module name. If it’s not the same, it is important to capture this, because we might need to be able to import the named functions with the as directive in the future.

To do this we need to explore what the import specifier AST nodes look like. 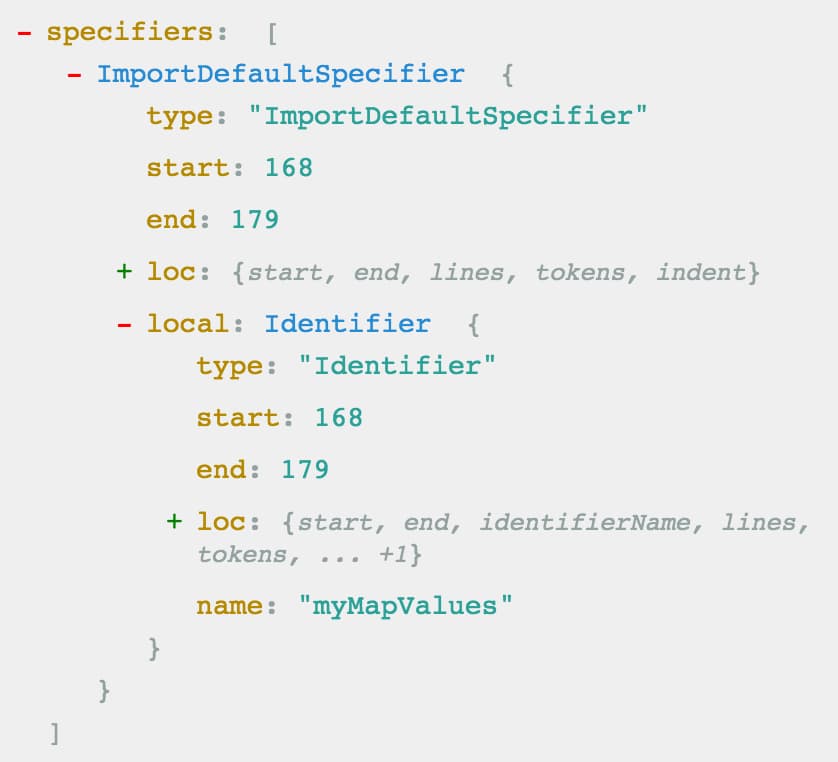 To remove nodes in jscodeshift, we’ll need to wrap it in a j(nodePath) call and use remove().

Using that first Lodash import reference, we can create the new import declaration.

To replace nodes in jscodeshift, we’ll need to wrap it in a j(nodePath) call and use replaceWith()

Alternatively you can modify the the first Lodash import reference itself. This is my preferred way to make this change.

The modifications we’ve applied so far are, are enough for our application code to be functional, but we will lose all the comments from the nodes with removed and replaced since, in the AST, comments are attached to nodes. In order to fix this problem, we’ll need to collect up all the comments and assign them to the final lodash-es import declaration.

Putting it all together

That’s it, now lets assemble it into our final transform function.

Finally, run the codemod over your entire codebase with the CLI:

And the result? Checking the git diff, we see many changes like this:

You can copy the complete example above and play with it in AST Explorer. You’ll need to turn on Transform -> jscodeshift in order to see the codemod output.